Who Invented It? The Famous Inventors Quiz

1)      Which of these men invented the game of basketball? Walter Camp/ James Naismith

2)      Who came up with disposable diapers? Marion Donovan/ Michael Bay

2. Choose the correct verb form to complete each sentence.

I'm an airline pilot. I fly to lots of different places. This month _______the Hong Kong - Bangkok trip.

My neighbour is such a nuisance. He _______loud music late at night.

3. Open the brackets and put the word in the correct part of speech.

Whenever people pay for goods or services, they use some form of money. Money can be almost anything, as long as everyone agrees on its value. One of the _____(EARLY earliest) forms of money _____(BE was) metal, such as gold or silver. In North America, Native Americans _____(USE used) beads made of shell, called wampum, as a form of money.

Today, the paper money and coins that people use are called currency. Each country has its own form of currency. In the United States, Canada, Australia, and several other countries the currency _____(BE is) the dollar. Other common currencies _____(BE are) the peso, the dinar, the crown, and the rupee. Most countries of the _____(EUROPE European) Union use the euro. Other currencies include the pound in the United Kingdom and the yen in Japan.

4. Read the extract and write true or false.

Before people used money, they bartered, or traded things they had for the things they wanted. For example, a person may have traded five goats for one cow. Bartering was not always simple, though. Each person had to agree that the items being traded had an equal value. Also, each person had to have something that the other person wanted.

People invented money to avoid bartering. Someone with five goats could exchange them for a certain amount of money instead of a cow. The person could then exchange that money for grain, cloth, or other goods of the same value. 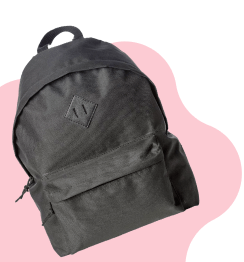