Liverpool is a city so alive with its well-preserved cultural heritage, further proven by its award as a European Capital of Culture 2008. The city’s Pier Head Waterfront was also hailed as a UNESCO World Heritage Site in 2004. The city’s famous products include The Beatles, the Royal Liverpool Philharmonic Orchestra, Frankie goes to Hollywood, Gerry & the Pacemakers, and more.

Liverpool owns the biggest national museum collection, aside from London, and houses two cathedrals. It used to be a busy maritime center and has the oldest Chinatown in Europe. The city also hosts the Grand National Horse Race at Aintree and the popular Everton and Liverpool football clubs.

The oldest evidence about Liverpool’s existence was found to be in 1190, when it was called “Liuerpul,” which could possibly mean “creek” or “pool holding muddy water”. It became a borough in 1207, then a small settlement, until it started trading with the West Indies and Africa, dominating over its trade with Wales, England, and Ireland. This was also when slave trade started. Its first wet dock was launched in 1715, which opened its possibilities for expansion and development as a major city, something which unfolded over the next 200 years.

Local citizens of the cultural capital of Great Britain call themselves in a weird way: the Liverpudlians. People of Liverpool also have an informal but widespread in Britain nickname known as scousers. The rest of the world calls them either the Merseysiders (according to the title of the county) or simply the Liverpool. The population of the biggest city in the county of Merseyside became multinational owing to its past. It had been one of the largest trading centers in the world for a long period of time. Nowadays, the vast majority of the population are the native British (91%), and the Irish who settled here in the middle of the XIX century, trying to survive the hunger. Liverpool became the first city with the Chinatown in Europe in 1870. Chinese citizens were establishing commercial connections and migrated to other countries. They contributed their culture and originality to the city just like the representatives of other nations. The Asians and British Asians constitute almost 5% of the city’s population today. During the period of the commercial flourishing of the city, the slave trading was not less developed. After the abolition of this shameful phenomenon, many representatives of the African continent settled down in the city. There are almost 2% of the Africans and Afro-British in Liverpool today. The remaining 2% of the inhabitants represent the diversity and culture of a bright mixture of nationalities all over the world. 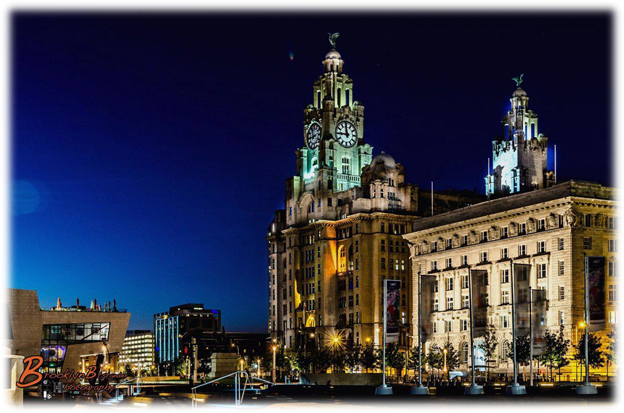 A history of Liverpool: from the “Muddy Pool” to the cultural capital

The unremarkable fishermen in Liverpool that literally means “the Muddy Pool” was mentioned for the first time in 1190. However, in the XVIII century, Liverpool achieved the status of the main port in Great Britain. Half of the world’s trade turnover went through it. After the city had become the international trading hub, it started developing rapidly, absorbing the culture of different countries and nations. Plenty of architectural masterpieces that hosted shipping and insurance companies were built at that time.

No wonder, that the first passenger steam locomotive departed from Liverpool to Manchester in 1830. Tremendous steamships were built in the docks of the flourishing city. The worldwide known liners like the White Star Line, Olympic, Britannic and the notorious Titanic are registered at the Port of Liverpool.

World War II gave the flourishing city no quarter. It destroyed and damaged many wonderful buildings but even this tragedy didn’t stop its development. Liverpool was rebuilding and recovering actively in the post-war period. The monumental Seaforth Dock appeared here. It was the largest dock in Great Britain and it breathed new life into the city.

In the 60s, the city tries on a new role. It became the international center of the youth culture and gave the legendary Fab Four to the world. Millions of music fans rushed here to see The Beatles, creating an absolutely new cultural milestone in history. Nowadays’ Liverpool secured for itself the status of the cultural capital of the UK not only owing to the Beatles’ heritage. It is also famous for the incredibly captivating and vast history of shipping, eclectic architecture, fascinating exhibitions, and large-scale concerts. 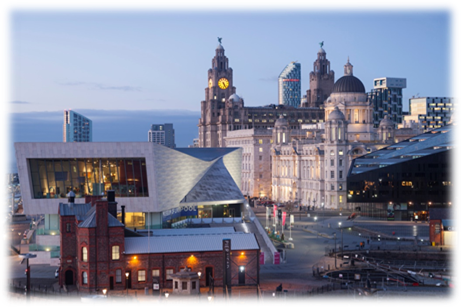 Top Activities to Do

Among Liverpool’s great pride would be its many Grade II listed structures. These old buildings are also great spots to visit! Liverpool Central Library is the biggest library in the city, with the oldest building being the William Brown Library and Museum that was built in 1860. The Royal Liver Building was completed in 1911 and has the biggest liver birds in the city, making them the image of Liverpool. You may also want to visit St. George’s Hall that was built in 1841-1851, and has among the best Neo-Grecian design in the world, or the Liverpool Town Hall that was built in 1749-1754 and considered as among the finest 18th-century town halls that is still standing today.

If you are a huge Beatles fan, don’t miss out on The Beatles Story. This is a tourist attraction that opened in 1990. It hosts exhibits such as John Lennon’s spectacles, an audio guide available in 8 languages and narrated by Julia, Lennon’s sister, Going Solo area, a Cavern Club replica, and more.

Liverpool Metropolitan Cathedral is another Grade II listed building. Its current look is actually the fourth design for the cathedral, Gibberd’s design, with the first three being those of Pugin’s, Lutyen’s, and Scott’s. Another church worth visiting would be the Church of Our Lady and Saint Nicholas. It was constructed in 1949-1952, although it was thought to be a place of worship since 1257. Its exterior is known for its unique lantern spire, which can be seen even from a distance. Another notable church would be the Liverpool Cathedral of the Church of England. It was built from 1904 to 1978 with a Gothic Revival style. Its bell tower is one of the tallest and largest in the world, housing the world’s heaviest and highest ringing peal of bells.

Tourists usually love to immerse in the local culture. That’s why you may also want to visit the Merseyside Maritime Museum, where you will see collections that will show the significant role of Liverpool as a port to the entire world. It has exhibitions about the transatlantic slave trade, the merchant navy, and even the RMS Titanic.

Victoria Gallery and Museum is another worthy stop. It is open from Tuesday to Saturday every week and everyone can explore it for free! You’ll see the artwork of Jacob Epstein, Joseph Wright of Derby, Lucian Freud, and many more artists. You may also want to visit the International Slavery Museum, which shows the story of both historical and contemporary slaves. It even houses exhibitions about today’s human right issues.

For sports enthusiasts, there are a lot of things to do when you stay in Liverpool. For one, you can watch the Liverpool FC play. This is one of the most successful clubs in both European and English football, as it won 18 English championships and 5 European Cups. The club plays at the Anfield  stadium. Just take a taxi from the Liverpool city center.

You can also watch Everton FC, which is among the oldest and most successful English football clubs. The club plays at Goodison Park, one of the country’s most ancient football grounds. You can reach the stadium by taking soccer buses that you’ll find in Sandhills Station, or a taxi from Lime Street Station.

Some tourists choose to go to the Liverpool Empire Theater. It is often used to host major musicals, UK tours, and various other shows. Aside from this theater, you may also visit the Royal Court Theater, Neptune Theater, and the Unity Theater. 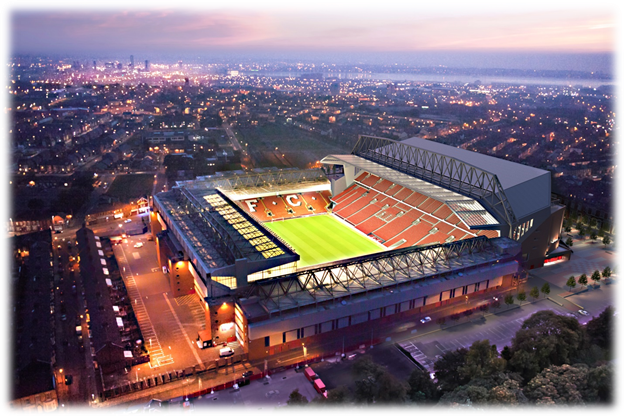