During the last 100 years we have produced a huge amount of carbon dioxide. The carbon dioxide in the atmosphere works like the glass in a greenhouse.

It allows heat to get in, but it doesn’t allow much heat to get out. So the atmosphere becomes warmer because less heat can escape.

Trees take carbon dioxide from the air, and produce oxygen.

In the last few years, people have destroyed huge areas of rainforest. This means there are fewer trees, and, of course, more carbon dioxide.

The planet Earth is mostly water. Oceans cover the biggest part of it and there are lakes, rivers streams, and even water underground. All life on the Earth - form the smallest bug to the biggest whale – depends on the water. 1

On this geographical map you can see the oil pollution of the World ocean. The worst situations are near the seasides where the biggest sea-ports and recycling factories are situated. 2

4 But we are not doing a very good job of keeping water clean. In many places the water has become polluted. Rivers and lakes are polluted by garbage or poisonous chemicals which are damped right into them.

On the 24th of March 1989 the American oil tanker Exxon hit a group of Rocks and 50 million litres of oil flew out of the ship and into the sea. 3

It was the worst oil-spill in American history. Millions of fish, sea birds and thousands of sea-others died. The bodies of 16 whales were found

Underground water can be polluted by gasoline or by harmful liquids that seep into the ground. Some fertilizers and pesticides used in farming leak down through the dirt 5

We must save our water, keep it clean and healthy because people, plants and animals always need something to drink. Fish and other sea creatures need a place to live. 6

The ozone layer Holes in the sky

Up in the sky, above the air we breathe, there’s a layer of gas called ozone. The ozone layer stops some of ultraviolet radiation from the sun.

Now the ozone layer is being damaged by gases that people have made. The gases are called CFCs.

Scientists are very concerned about the ozone layer because a lot of it has gone away in just a few years. So it’s very important to do something about it.

The project was created by Ann Hmelevskaya and Inessa Lomova

Тема: Ecology. Can our Planet be Saved?

T: April, 22 is a special day around the world. On that day people of the Earth celebrate Earth Day. Today at our lesson we’ll discuss a very important problem, may be the most important problem for our Planet and the people living on it.

Walk lightly on the Earth. See but don’t be seen. Hear, but don’t be heard. What you carry in, carry out. Take only memories, leave only footprints.

T: Don’t you think that these words can be the motto of our lesson today? Many years ago people didn’t have the slightest idea of the term ecology, but nowadays reading newspapers, listening to the radio or watching TV we meet this word regularly, so what is ecology?

P: Ecology is the study of plants and animals in relation to their environment.

T: Yes, but while telling us about ecological problems our ecologists use many ecological notions. Let’s have a look at some of these notions. (на партах учащихся Ecological Glossary)

Let’s read and translate them.

Acid rain – when harmful gases from cars and power plants are released into the air and fall back to the Earth with rain or snow.

Atmosphere – all the gases around the Earth

Carbon dioxide – a gas in the atmosphere. The gas that we breathe out.

Ecology – the study of organisms and their environment.

Ecosystem - a community of plants and animals living together.

Global warming – an increase in the Earth’s temperature, caused by a build-up of carbon dioxide in the atmosphere.

Greenhouse effect – the Earth is becoming warmer because there is too much carbon dioxide (and several other gases) in the atmosphere. This is called the ‘greenhouse effect’

Ozone layer – this is in the atmosphere, between 10km and 60km above the Earth. The ozone stops a lot of the ultraviolet radiation from the sun.

Recycle – to use over and over again. Renewable resource.

Solar energy – energy that comes from the sun.

Smog - brown air pollution that comes from cars and factories; it makes the air unsafe for people, animals and plants to breathe.

Toxic - another word for poisonous.

T: The protection of nature has become one of the most burning problems. The nature provides people with mineral resources, forests and clean water, but the development of industry has had a bad influence on the nature of the whole world. Our health depends on our environment and we know that the range of ecological problems is wide nowadays. Let’s name them.

T: For today lesson you’ve created some projects to illustrate some of these problems. It’s time to watch them and listen to your comments.

T: Well done! And now some information to think it over. Read and translate some facts about climate. (информация на экране)

Some facts about climate

Column A Column B

A drought happens when there aren’t enough trees

A famine happens when there isn’t enough rain

A flood happens when there is too much carbon dioxide

The ozone layer become thinner when there is too much rain

The world produces less oxygen when the wind is too strong

The atmosphere becomes warmer when there isn’t much food

T: So, what must we do to improve the situation? Of course, there are some solutions of these problems. What can you offer to solve ecological problems? (работа в парах)

T: Today we have spoken about some global problems. At the end of our lesson let’s look at our planet once again. It’s so beautiful! 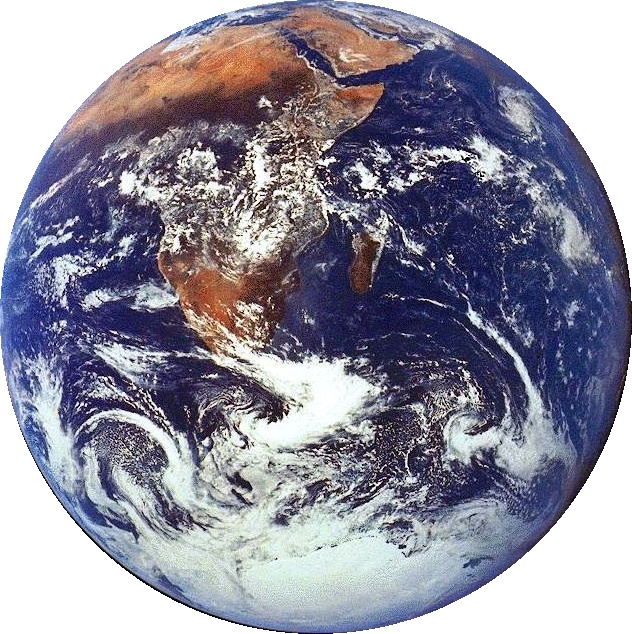 P: Yes, our Earth is so beautiful. Nature gives people its riches to live and enjoy. We cannot live without fresh air, clean water, sunshine and a lot of things, which must take care of it. We must keep our rivers and lakes, forests and towns clean. We must plant flowers, feed birds and animals in winter. Then we’ll be happy to live on the most beautiful planet in the Universe.