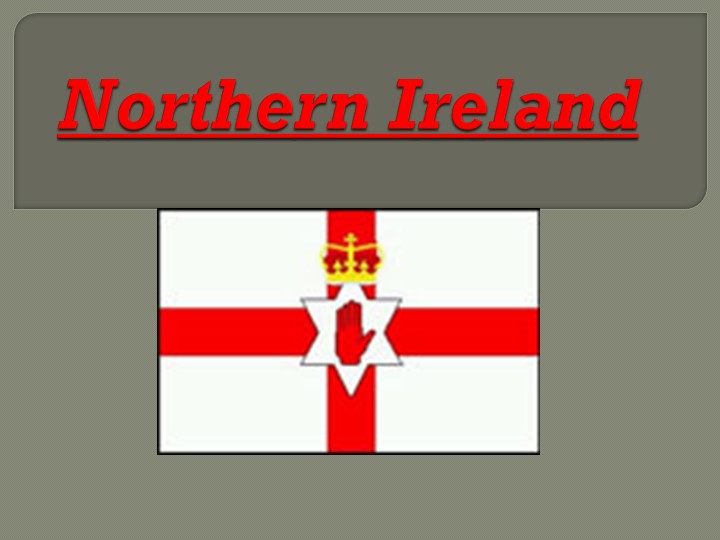 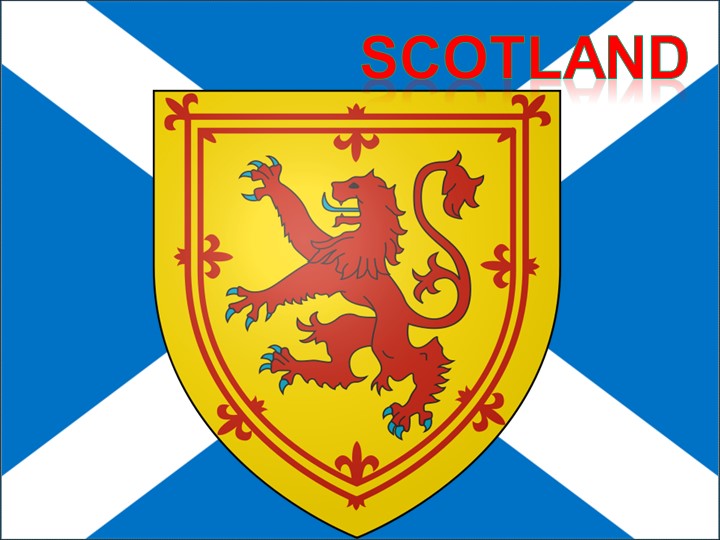 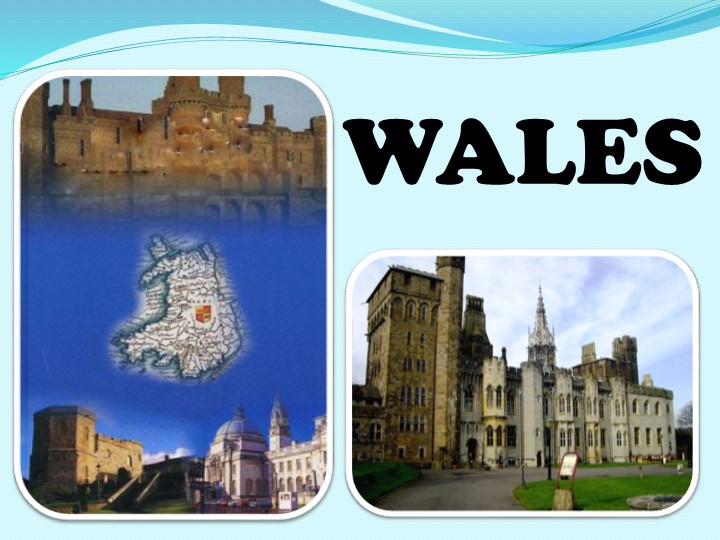 1. What river is the principal navigational stream in Scotland?

2. What is the population of the most populous city in Scotland?

3. What is Scotland washed by?

4. What is the capital of Scotland?

5. What is the symbol of Scotland?

6. How many members is Scotland represented by in the House of Commons and Lords?

1. What is the largest mountain in Wales?

2. Where is Wales situated?

4. How many national parks are there in Wales?

5. What's the population of Wales?

6. What languages do people speak in Wales?

1. What is the climate of Northern Ireland?

2. What are the most valuable natural resources in Northern Ireland?

3. How many districts is Northern Ireland divided into?

4. What are the leading industries?

5. What national museums are there?

6. What religion is spread there?

The plan of the lesson on country studying.

The theme of the lesson: Wales. Scotland. Northern Ireland.

The type of the lesson: Learning new material

The kind of the lesson: practical

The tasks: Enlargement of lexicon upon the theme. Systematization and summing up of knowledge. Using the knowledge in practice. Development of students` speech, skills to analyse and to sum up. Education of positive motives of studying, professional skills.

Supplementary material: cards with proper names and numbers; a map; questions; “Window on Britain” 1; presentations upon the theme.

The course of the lesson.

–Good morning everybody. How are you today? Have you prepared everything for our lesson? Are you ready to begin it? So sit down and let’s begin to work.

–Today we’ll continue to speak about Great Britain. And during the lesson you’ll learn new material about Scotland, Wales and Northern Ireland.  I want you to be attentive, active, work very well and try to do your best to show your knowledge.

–And we’ll begin with revising some material about Great Britain and England, the material of the previous lesson. You see some proper names and numbers here on the blackboard. You`ll make up true to fact sentences with them. These sentences must be in Russian. Then you`ll choose any person you like to translate your sentence into English. (the British Isles; the English Channel; the United Kingdom of Great Britain and Northern Ireland; England, Wales and Scotland; the North Sea and the Atlantic Ocean; London; 242,534; 57 million; 1,000 km., 500 km.; 47, 837 million; the Irish Sea and the Strait of Dover; Duke William of Normandy; the River Thames; the Severn; the Lake District)

–Can you show all these items on the map?

IV. Checking up of the home task. Learning the new material.

–Now tell me please, what is your home task for today?

(working in three groups to find material upon the theme and to prepare its presentation (slide-show), three countries: Wales, Scotland, Northern Ireland).

–So let’s see how you`ve worked at home. Every group will present its country, the rest two groups should listen very attentively. Before every presentation I`ll give you a list of questions you should answer, make necessary notes and try to understand and remember as much as possible. Every group will have 13 minutes. And do not forget to introduce new words other students need to understand the material you`ll present.

(Reading and translating the questions;

students should answer the questions after every presentation.)

–Now I think your have good ideas of the countries Great Britain includes. So let’s watch a video fragment. You`ll watch it two times. The first time will be soundless and I want you to tell me what this fragment tells about. Then we`ll watch it the second time and see if you were right. (“Window on Britain” 1.33-5.40)

– So now let`s form the sun, and I`d like you to tell us what you`ve known and remembered at our lesson best of all. (I knew that  …, and what about you, …?

As for my part I`d like to thank you for your good work during the lesson. You were very good team-players, go on in this way!

Scotland is the most northern part of the island of Great Britain. Its population is over 5 million people. Scotland was inhabited mainly by the Picts.

In the 6th century, the Scots from Ireland (or Scotia) settled in what is now Argyll, giving their name to the present-day Scotland. During the 9th century, the various parts of Scotland united in defence against the Vikings. The powerful monarchy which existed in England threatened Scottish independence throughout the Middle Ages. In 1603 James VI of Scotland became also James I of England when Queen Elizabeth I of England died without children. In 1651 Scotland was united with England, although Scotland kept its own parliament. In 1707, both countries, realizing the benefits of closer political and economic union, agreed on a single parliament for Great Britain.

The Cheviot Hills mark the boundary between England and Scotland. The greater part of Scotland is surrounded by sea. Scotland includes the Hebrides off the west coast and the Orkney and Shetland Is­lands off the north coast. It is bounded by the North Sea on the east.

Scotland is divided into three parts: the Highlands, the Lowlands and the Southern Uplands. The Highlands are among the oldest mountains in the world. There are a lot of valleys and lakes in this region, the best known lake is Loch Ness.

Most of the population of Scotland is concentrated in the Lowlands. The biggest city is Glasgow. It is an industrial city and an important port in the United Kingdom. Shipbuilding is the leading industry. But other industries such as iron and steel, engineering and coal-mining are highly developed too. The capital of Scotland is Edinburgh. It is the cultural centre of Scotland.

In 1301 after defeating the native princes of Wales, King Edward I of England named his son Prince of Wales. Since then the eldest son of the King or Queen of England has traditionally been given this title. In 1536 Wales was brought into the English system of national and local government by Act of Union.

Most of Britain was inhabited by Celts until the 4th century. Welsh and English are both official languages in Wales now.

The population of Wales is over 3 million people. About 75% of the people of Wales live in urban districts.

Wales is a highland country of old, hard rocks. North Wales is a country of mountains and deep valleys. South Wales is a land of high hills. The capital of Wales is Cardiff (an industrial city and a port). Cardiff is an administrative and educational centre. Such industries as coal-mining, steel production, electronics, electrical engineering are developed in this part of the country.

The Welsh are fond of folk music, singing and poetry. Welsh literature is one of the oldest in Europe.

A number of kingdoms had emerged in Ireland before the Christian era. Ireland didn't escape the invasion of the Vikings, who dominated the country during the 10th century. In 1169 Henry II of England launched an invasion of Ireland. He had been granted its overlordship by the En­glish Pope Adrian IV who wanted to bring the Irish church into full obedience to Rome.

The English Civil Wars (1642—1651) led to uprisings in Ireland which were crushed by Cromwell. During the 18th century various efforts were made by British Government to achieve stability. In 1800 an Act of Union between Great Britain and Ireland was signed.

The "Irish question" continued as one of the major problems of British politics during the 19th century. In 1985 the Angle-Irish Agreement was signed in Belfast, the capital of Northern Ireland.

The population of Northern Ireland is about 1. 5 million people. It occupies one-sixth of the territory of the United Kingdom. 53% of the population live in urban areas. The largest industry is agriculture. The main industrial centre and a large port is Belfast.