The modern metropolis Nottingham lies in the center of England, and has preserved its history in ancient architectural monuments. It is the main commercial, financial, cultural, and educational center of Central England. It is well-developed retail, financial and business services, technology and science, and foreign tourism. Nottingham is located northwest of London, on the Trent River. Around the city lies Sherwood Forest. According to the legend, the famous robber Robin Hood lived and traded here. Today, his name is a symbol of romanticism and justice, as well as a hallmark of Nottingham. Streets, bars, and restaurants are named after this romantic robber, and a festival is held annually in his honor. 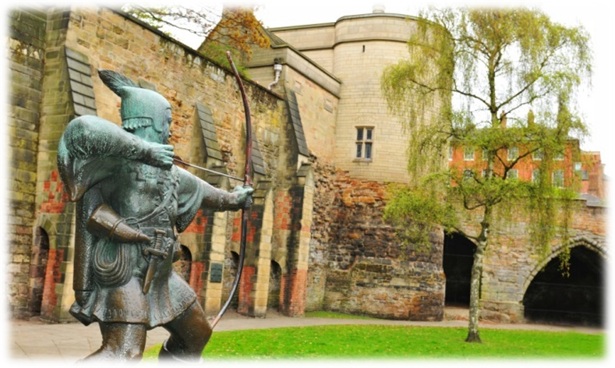 Nottingham has a population of almost 247,000. The average density is 3,550 people per square kilometre. Most of the population is employed in the service sector (77%). As Nottingham is a growing city, the number of residents increases every year.

A brief history of Nottingham

Nottingham has a rich history. It was first settled circa 600. It was home to Anglo-Saxon settlers who called their town Snottingham (after the Saxon leader Snot). It was situated on a hill overlooking the crossing of the River Trent. On another hill, in 1068, the Norman ruler William the Conqueror decided to build a castle and settlement for his people. So the Saxons and Normans began to cooperate and trade at the foot of the hills. This neutral area was later called "Market Square", which has survived to this day and is now the centre of the town.

Until the 1300s, the city consisted of separate French and English parts. After that, it united and became a town with county rights in 1449. In 1461, during the Wars of the Scarlet and White Roses, Nottingham was proclaimed King of England Edward of York. In those days the city was a centre for the manufacture of wool and religious alabaster sculptures. Other industries - hosiery and lace - soon began to develop. An entire quarter was even opened, which was called the Lace Market.

In 1667 the townsfolk were hit by the plague and in 1795 there was a great flood. Another calamity came in 1833, when cholera decimated a large part of the population.

The second half of the 18th century saw the population of the town explode from 10 to 50 thousand people in just 50 years. This led to a shortage of housing, job opportunities and the emergence of slums. The industrial revolution began. Many residents fought against the use of machines, calling themselves Luddites (after Ned Ludd, who first destroyed the loom). This ended with the Luddites setting fire to the Duke's palace in 1831.

However, with the development of new industries the situation in the city began to improve. In 1839 the railway was laid in Nottingham, which connected it with Derby. The city gained independence in 1897.

At the outbreak of World War II, Nottingham was hit by German bombing raids. This gave a new impetus to the development of the city. But many projects were ill-conceived and even ugly. 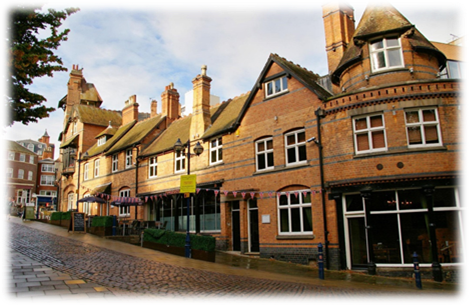 The modern city has relied on the development of services, commerce and industry - pharmaceutical, electrical and electronic. 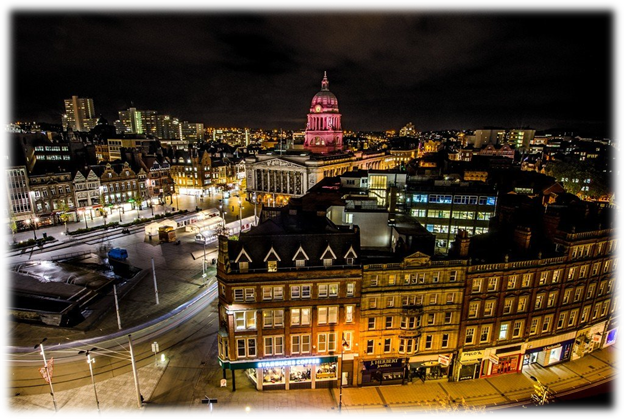 Nottingham's most impressive tourist attractions include guided tours, such as custom trips operated by the Nottingham Experience and a spooky Ghost Walk; National Ice Centre and Nottingham Arena - one of England's top ice skating venues, costing over £40 million when it was built; Broadway Cinema and Media Centre - featuring contemporary architecture and many regular screenings; and the Cornerhouse - a noteworthy entertainment venue with cinema complex, restaurants, bars and nightclubs.

Further tourist attractions and landmarks in the city include Nottingham Castle - one of the city's most famous landmarks, with underground passageways and spectacular views of the cityscape; the Caves of Nottingham - numerous natural and manmade sandstone caverns, scattered around the city with various entrance points; Wollaton Hall - a grand Tudor-style mansion with large gardens, on the western side of the city; Ye Olde Trip to Jerusalem - one of the oldest pubs in the country, dating back more than 800 years; and Sherwood Forest Country Park - with many ancient oak trees and a popular visitors centre with information about the forest's history. More information about Nottingham Tourist Attractions and Nottingham Landmarks.

Some of Nottingham's best art galleries and museums include the Museum of Nottingham Life at Brewhouse Yard - with a host of information about the city's history, housed in a number of 17th-century cottages; the Museum of Costume and Textiles - known for its exhibitions of magnificent tapestries and elaborate lace work; Lakeside Arts Centre - a superb venue with three individual galleries and many varied exhibitions; and the Sherwood Forest Art and Craft Centre - situated in the heart of the forest and featuring works by many local artists. More information about Nottingham Museums and Nottingham Art Galleries.

Many of the most visited tourist attractions close to Nottingham are the numerous surrounding market towns and villages in the county. These include the town of Eastwood - where the acclaimed writer DH Lawrence was born; Mansfield - the region's largest market town, with an appealing setting next to the River Maun; and Newark - where you will find 13th-century castle remains and a cobbled marketplace. 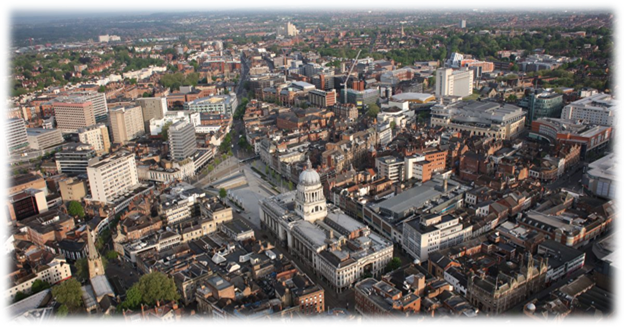